Romney Pledges to be "True to his Faith" as President - Just what might that entail?

Glenn Beck is hitting Newt pretty hard by his own admission. His reasons are primarily tangential as they focus less on Newt’s legislative record and more on Newt’s comments as a historian. He attacks Newt because he supposedly said nice things about “Andrew Jackson, Theodore Roosevelt, Woodrow Wilson, and FDR.”

I’m not even sure what context it was in when Newt said whatever he said about these presidents - and I’m not about to waste my time searching for the answer.

Beck wants to compare tangential opinions of the candidates as opposed to their legislative RECORDS as the basis for deciding which candidate has better judgment?

Aside perhaps from FDR, I’m sure the prior litany of US Presidents have said and done isolated things in their time that were worthy of a few plaudits. So is it possible for someone to mention their names or quote them in a speech or conversation - without subscribing to the totality of their views?

I’ve been reading David Barton’s books for the past 22 years, a frequent guest of Beck's show and I remember specifically reading quotes of Woodrow Wilson, proffered by Mr. Barton to illustrate important points. Such quotes shed a favorable light on certain aspects of Woodrow Wilson in those cases. Yet I don’t see Beck attacking David Barton’s conservative credentials.

As for Mitt Romney’s (and Beck's) personal beliefs:
For anyone who actually takes their faith seriously, their religious beliefs –shape- their world view. Their world-view affects the way they interpret events that happen in life. Their world view ABSOLUTELY determines WHAT they do when they govern.

Mitt Romney in the CNN debate in Jacksonville paid lip service to the “Judeo-Christian” history of our nation; however, his religion is neither "Judeo" or Christian. In Romney’s commercials here in Florida, Romney touts that as President, he would be “true to his faith”. That means he believes as Mormonism teaches - that he can become a god of his own planet just like –they believe Jesus did. Mormonism teaches that Jesus was a polygamist man, brother of Lucifer and product of a sexual relationship, as was God his father once a man.

This is no joke. This is offensive to Christians. Why hasn't Mitt Romney spent much time emphasizing his “Mexican” roots? That would be because his family went there to practice polygamy. The liberals are well aware of this and are sitting on it.  If Romney wins the GOP nomination, the Dems can’t wait to educate us on this - and they will - once it’s too late for us to do anything about it.

Mormonism is NOT the religion of our founding fathers. It is contrary to Christianity. Mormonism’s teaches the Bible of our founders was corrupted and they are the one true church.

The belief that one can become a god is PERFECTLY CONSISTENT – with liberalism and explains –why- Romney would promulgate the socialism he did in Massachusetts. It goes back to Genesis, the catalyst to the fall of mankind. Why wouldn’t Romney be susceptible to the arrogant notion that he is among the superior who knows more than everyone else and can save us from ourselves? That’s liberalism defined, playing God, only Romney –literally- believes this.

How long will it take before someone asks Romney, “do you believe you will become a god?” (which begs the question of the potential implications of a “god complex”) or “do you believe that the 80% of Americans who claim to be Christians are in error?” The door will be WIDE OPEN to those questions on the basis that we could potentially have “our first Mormon President”. Newly produced documentaries will be airing all over the liberal controlled media, highlighting the controversies – but they will not come directly from the campaign. Romney understands that tactic but this time it won’t just be PACs; it will be The History Channel, Discovery Channel, 60 minutes… 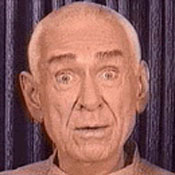 We might as well nominate Marshall Applewhite and wait for him to return in his space ship hidden within the tail of the Hale-Bopp Comet.