According to The Hill:
"Kenyan president rebukes Obama’s gay rights message"!(Read here)
Perhaps we can swap Kenyan Presidents with them.  I don't know about theirs but he seems more intelligent and trustworthy than ours.

During the joint press conference with Kenyan President Uhuru Kenyatta, Obama claimed that “as an African-American in the United States, I am painfully aware of the history of what happens when people are treated differently under the law.”

The diplomacy with which President Kenyatta responded to Obama's impertinence was impressive.  He probably had no idea Obama was going to come into his country trying to open up wounds like he does in the US.  Their Kenyan President seemed to exude dignity and grace, something we are severely lacking in a President.

Nevertheless, there is nothing in President Obama's background that suggests that he ever experienced anything but privilege in his upbringing; so it is difficult to understand where the "pain" came in unless he's furtively alluding to his own sexual orientation.  The video below could give his claim of "pain" some context.

The assertions of Mr. Sinclair are credible, especially when one considers that the alleged "coked up" homosexual affairs took place while Obama was a State Senator.  The media never asked him a single question about anything he ever did or said back then, including Obama's own claims of "experimenting" with cocaine as he wrote in order to inoculate himself in his own auto-biography.

In the precipitous decline we currently find our nation, I suspect it is only a matter of time before this President of ours follows Bruce Jenner's lead and comes out of his own closet.  Perhaps his bizarre rant in Kenya was a red herring of sort. 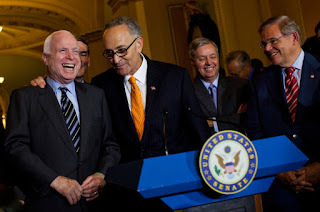 Isn't this obvious?  We have not seen this before.  We are so used to being bamboozled by these opportunists like Rove that we ourselves don't know what to do!  At this time in 2008 and in 2012, we were watching Rove, spending a quarter of a billion dollars destroying our conservative candidates one by one until McCain and then Romney in 2012 were the last candidates standing.
These RINOs don't know what to do now.  It's like they are punch drunk.
The primaries are too long.  I support the Donald being in the trenches, doing the scorched Earth hit jobs on the RINOs instead of them doing it -to our candidates- as they certainly would be doing (behind the mask of Karl Rove, Bill Crystal and Fox) for the next 6 months.  I would rather Ted Cruz or Scott walker peak in February 2016 then in July 2015.
The later debates will give our favorite conservatives a chance to score if they deserve to do so.  If they don't rise up on their own and merit the recognition, then they don't deserve it.  There is plenty of time to sit back and enjoy witnessing the RINOs being rightfully embarrassed by someone who has the guts to call them out.   If the worst thing that can happen is that Trump actually wins the nomination, we would still be better off than we would have been if Rove had succeeded in getting the latest anointed glass jawed RINO the nomination.  Even if Trump won and was somehow not a good president, his candidacy has already begun paying dividends for the exposure and lambasting he is giving to congressional and senatorial albatrosses John McCain and Lindsey Graham.  Just by running, Trump could potentially clean up the House and Senate by forcing these fossils into retirement - finally.  Let's hope those two keep running their mouths and perhaps he can go to work on John Boehner and Mitch McConnell.  I just pray that these feather-weight grand-standers cannot resist running their mouths against Trump some more.  He will do more than just hit them back.
Posted by Share Activist at 6:09 PM No comments: 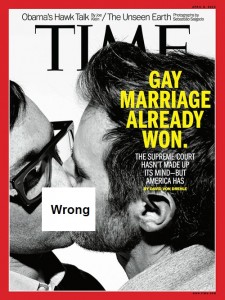